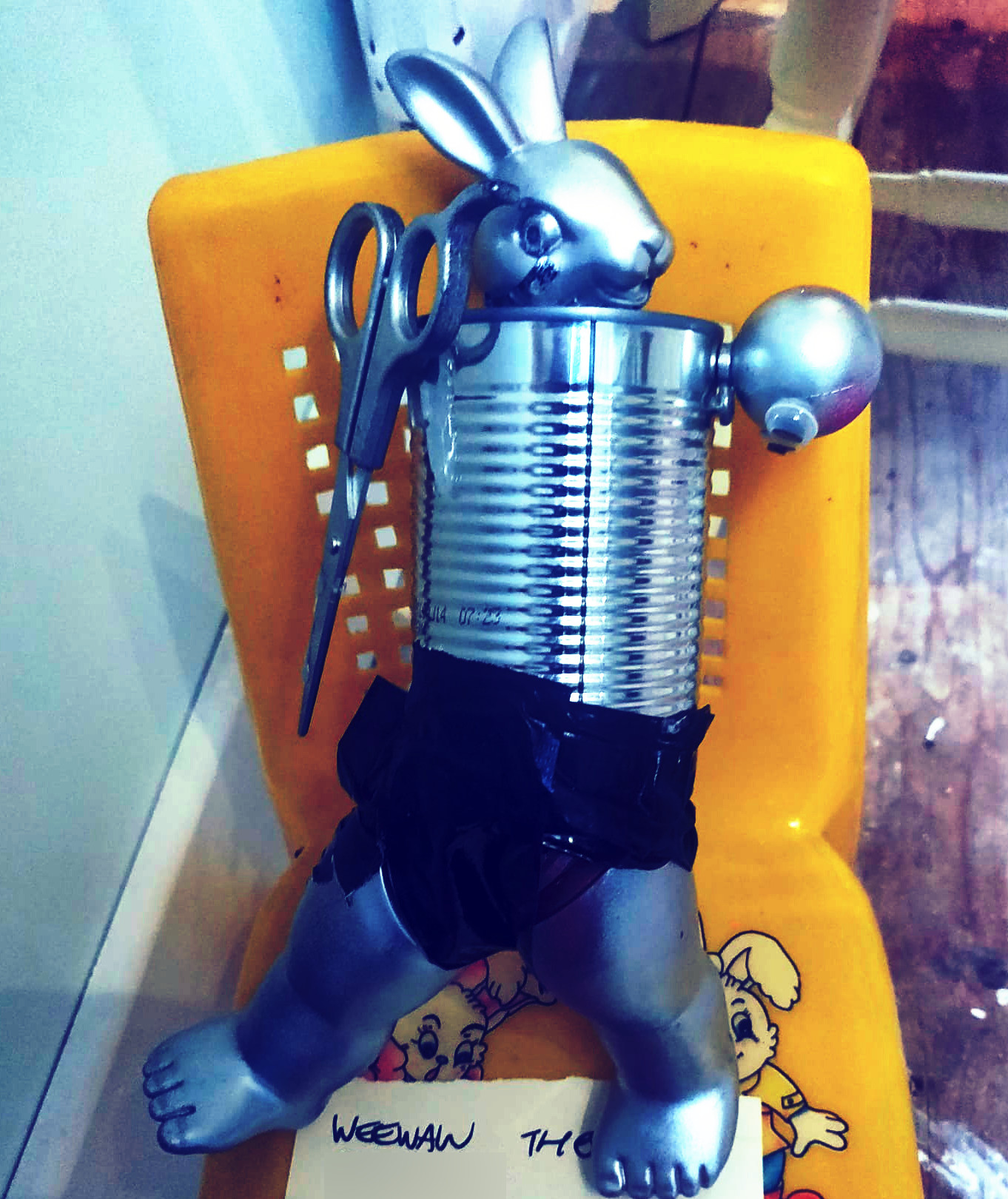 The Ultimate Comment has finally made good on its promise to begin manufacturing new gods. For the first time in a decade and a half, a new god has been added to the pantheon. The new god's name is Weewaw the baby and it appears at first glance that she is a tin can with a rabbit head with baby legs and arms that are a pair of scissors and a silver ball with eyes.

For 10 years, the Ultimate Comment has done very little. With the discovery of the last secret it seemed there was little to do. Having more or less discovered the meaning of life, we retreated into intense contemplation.

The world cries out

In that time, the very nature of reality appears to have changed. We are said to be living in a post-truth era. If truth no longer exists, what is real?

In truth, there's an infinite number of secrets. Eight secrets define the extent of the manifold we live in, but within there are as many secrets as there are stars.

There must also be an infinite number of gods. Awakened, we discovered our new quest to discover the good ones. And also Weewaw.

The birth of a new god

At Christmas 2, at the dawn of a new decade, the Ultimate Comment carried out a ceremony written for us by an advanced language model that has been fine tuned on our sacred texts. We secretly prepared by generating thousands of sentences and putting them through a filter that parsed their meter until we found rhythm sentences and then picked the ones that sounded cool.

Eventually, a mechanism for creating new gods was invented. Invoked, we ended up with this monstrous, mechanical child-rabbit.

The Answer Is Actually Yes

Weewaw's secret is The Answer Is Actually Yes.

Yes, we can make up new gods whenever we want to.

Yes, this is actually one of them.

We have a while to contemplate Weewaw and figure out where to put her. Then, an endless sucession of new gods will follow in her place. For now, if you can find or draw a picture of Weewaw, please send it to weewaw@theultimatecomment.com.