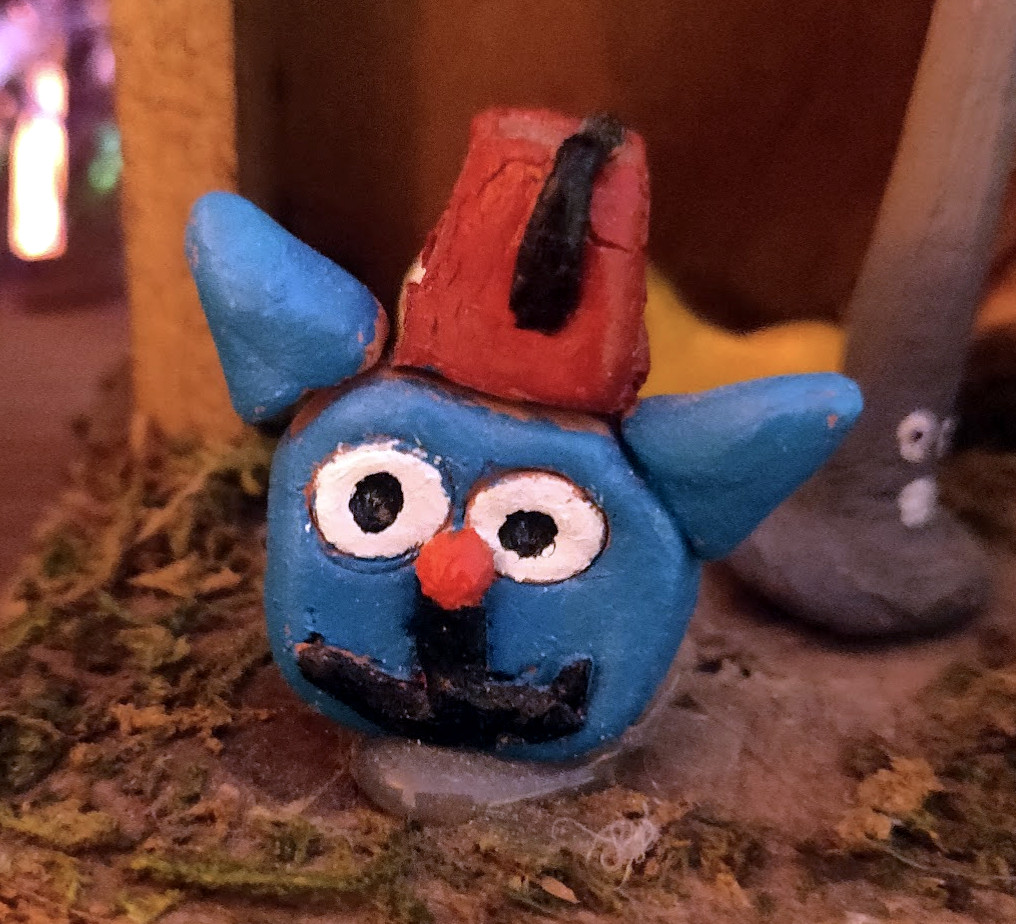 The Cat With The Fez

The Cat With The Fez, also known as General Miaow, General Meow and General Cat, Miaow is one of The eight gods and the first to be discovered. His scripture is The Miaowndukya Upanishad

It appears that he has with military authority, presumably exceeding that of other cats. It's been long "joked" that he will lead all the cats to a revolution, that they may regain the supremacy over humanity that they had in Egypt. He's diabolically clever, crafty and playful, though he can be a bit of a bastard sometimes.

He is a War-God, Wisdom-God, Trickster-God and Cat-God rolled into one cute furry package. Like Thoth/Hermes/Mercury/Odin, he rules language, communication, symbolism and skill. Like Exu/Loki/Coyote, he loves pranks, tricks, illusions and smoke-and-mirror marvels. And like Mars/Ares/Horus/Tiw, he'll destroy you utterly if you fuck with him.

General Miaow is also definitely the god of miaowing. It is unclear as to how he will function if, and when, cats are used as a form of currency.

He may have appeared - wearing a different hat, of course - in texts by prophet Dr Seuss. He then said, "Be who you are and say what you feel, because those who mind don't matter and those who matter don't mind", which is awesome advice.